In this blog I will give a brief outline of how the Old Statistical Accounts came about – future posts will draw out more of what is in these Accounts, The New Statistical Accounts and will feature guest posts from those who regularly use the Accounts including academics. Please get in touch with us if you would like to share your own guest post on your experiences, thoughts, or personal highlights from the Accounts.

In the late 18th century – a decade before the first modern census of Great Britain – Sir John Sinclair of Ulbster, MP for Caithness, decided he’d undertake the modest challenge of recording the agricultural and social statistics for the whole of Scotland. And, although he’d been inspired by German statistics gathering, he definitely had his own idea of what “statistics” might mean:

the idea I annex to the term is an inquiry into the state of a country, for the purpose of ascertaining the quantum of happiness enjoyed by its inhabitants, and the means of its future improvement; but as I thought that a new word might attract more public attention, I resolved on adopting it, and I hope it is now completely naturalised and incorporated with our language.

In order to gather data on every part of Scotland for his comparative analysis of physical, economic and social life, Sir John wrote to the ministers in every one of the 938 parishes asking them to complete a survey for him. A pretty ambitious survey too… 160 questions… plus an additional 6 in the addendum and then 5 additional questions in his follow up letter about schools, alehouses, housing, employment and jails… A total of 171 questions!

Sir John Sinclair, Extract from the first letter to clergy, 25th May 1790:

… In many parts of the Continent, more particularly in Germany, Statistical Inquiries, as they are called, have been carried to a very great extent; but in no country, it is believed, can they be brought to such perfection as in Scotland, which boasts of an ecclesiastical establishment, whose members will yield to no description of men, for public zeal, as well as for private virtue, for intelligence, and for ability…

Not everyone replied promptly to Sir John’s first request… This is the fifteenth circular letter to the non-responding clergy date April 1797:

I AM very much disappointed, at not having hitherto received the Statistical Account of your parish. There are very few now deficient, and you cannot imagine the bad effect which the want of those must have, in the opinion of many who are perpetually inquiring, whether the Statistical Account of Scotland is, or is not, completed? It is unnecessary for me, I am persuaded, to urge you more upon the subject. You may easily judge of my impatience and anxiety about it, when I can think about any literary matter at so busy a time in Parliament as this.

I remain, with esteem, your faithful and obedient servant, JOHN SINCLAIR.

He sets out for Scotland next week, and will be much disappointed indeed, if he has not the pleasure of finding the Statistical Account of                      ready for him; as, on his arrival, he must bring the Work to an immediate conclusion. There are now only six deficient parishes; and from the Draconian colour of his ink, any Statistical delinquent may fee, what the rear rank has to look for. Sat sapienti

Sir John published individual volumes of the parish accounts as the returns came in over the years. Eventually in 1799 – some 9 years after his first requests went out – Sir John had collected twenty-one huge volumes of data about Scotland, its people, its agriculture, its “quantum of happiness”. About 13,000 pages!

Volumes from the Statistical Accounts of Scotland.

The accounts contained so much more than “facts”. There were statistics like the price of sheep; numbers of births, deaths and marriages; records of flora and fauna; and measures of the number of fishermen, labouring servants, Jews and “negros” but it also included rich accounts of daily life of ordinary people in each parish, local history and folklore.

The returns Sir John collected depend on how the minister interpreted the questions. All of the survey responses are seen through the eyes of the minister and so there’s a lot of opinion and judgement there too… and the accounts were edited before publication as well…

The next post will consider Sir John’s questions and show how they shaped the general structure of each of the Parish reports. Here is a one of the more unusual questions

How would you answer that question? And how has your Parish changed since the Old Accounts? We would like to hear your thoughts on your “parish” in the comments below.

If you are looking up your own (or perhaps an ancestor’s) parish remember that anyone can access the Statistical Accounts Online service from anywhere in the world. You can browse images of the pages for free, or you can subscribe to access full transcripts and a wealth of useful additional features and related resources. To find out more you can watch me giving an introduction to the service in this video: 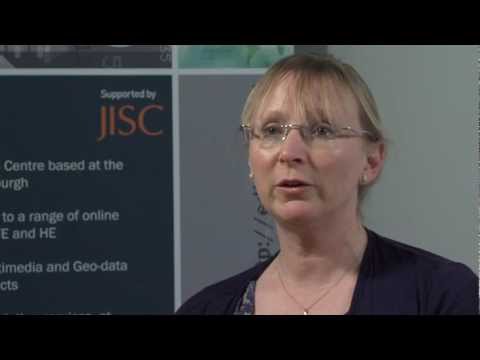 Browse or search The Statistical Accounts of Scotland Online.